“To The Top” Tuesday! Read My Book = Make More Money!

“To The Top” – Simple Everyday Steps to Succeed Financially

Eric Tippetts is a marketing and home business / Network Marketing expert committed to sharing his secrets with those just breaking into this lucrative field. In his innovative book Eric will help you discover simple everyday principles that you can use to make your home business and financial goals come true. My “Why” for Writing This Book 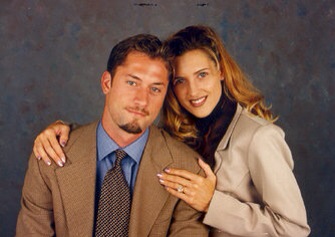 Twenty-two years ago my wife and I lived in a studio apartment— just big enough for a queen-size bed and our stereo equipment—in Southern California. I was struggling to pay rent, our car payment/ insurance and food. I was naive to wealth and didn’t understand anything about finances, from making money to managing it. I was trying to become a professional actor/model and leave my mark on the world.

One year later (after a New Year’s celebration, naturally) we decided that we were going to stop being “OK” with barely making it and instead set our intention to becoming better…in every area of our lives.We devoted our television time to reading books together. Instead of eating out, we made dinner for one another. Instead of being scared, we encouraged each other to take leaps of faith. We pushed each other out of comfort and into a reality of growth/change/enlightenment/ passion and, best of all, abundance!

That year after taking action towards our goals, I booked the worldwide Levi’s campaign for both TV and print (billboards, retail stores, etc.). We went from scraping by to tens of thousands of dollars coming in faster than we could spend it. I thought it would never end. We had finally made it! We were rich!!

Within one year, we went from being “rich” to wondering where all the money had gone. What had we done?! How could this happen? Where did we go wrong?

What I realized is that I stopped doing the very things that had created this wealth. I stopped growing. I had become comfortable.

In the last twenty-two years I have made millions and lost millions, and what I have realized is that life is truly a journey of lessons. Take pleasure in learning the ups and downs. Take chances or you will always look back and wonder, “What if?” Fear is the thief of dreams; don’t let it steal yours!

I wrote “To The Top” to help you not make the same mistakes I did and also encourage you to take action to build your dreams. “An amazing read for anyone wanting to move up the financial ladder!  More importantly, this book teaches you exactly how to grab full control of your economic situation…and improve it now!” 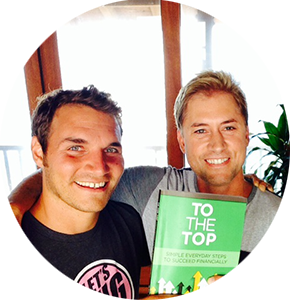